THE CARIBOU OF VAL-D’OR

Since 1989, a forest management plan has been in place in the Val-d’Or caribou range. This plan has been updated several times and the most recent version covered the years 2013 to 2018. Also, in 2003, a protected area covering the core habitat of these caribou was created. To this day, the rate of disturbance in Val-d’Or caribou habitat remains too high to hope for their recovery and maintenance. 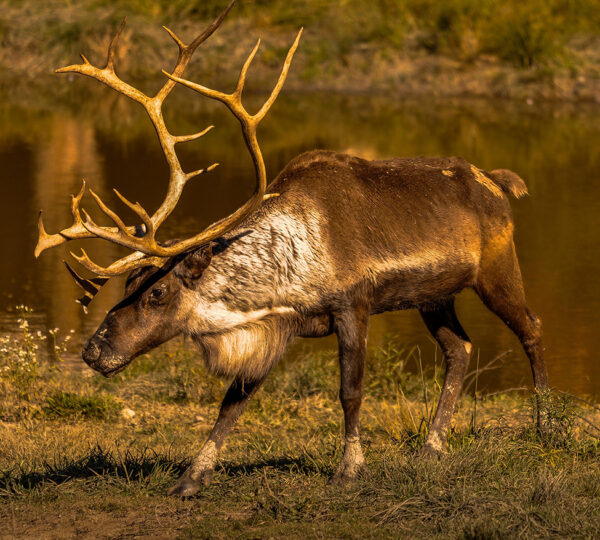 The woodland caribou is one of the three ecotypes of woodland caribou found in Quebec. The other two ecotypes are the toundra et mountain caribou. Each ecotype has distinct genetic characteristics that allow it to be adapted to its environment. The woodland caribou, as its name indicates, occupies forest territories in the bioclimatic domains of lichen spruce and moss spruce. It is essentially looking for mature forest with little disturbance.

In Quebec, the woodland caribou is designated as a vulnerable species. It is also designated as threatened under the Canadian Species at Risk Act.

According to Quebec’s Ministère des Forêts de la Faune et des Parcs (MFFP), “recent aerial inventories have shown the precarious state of all populations. In 2012, it was estimated that between 5,980 and 8,570 woodland caribou were distributed throughout their range in Québec”. 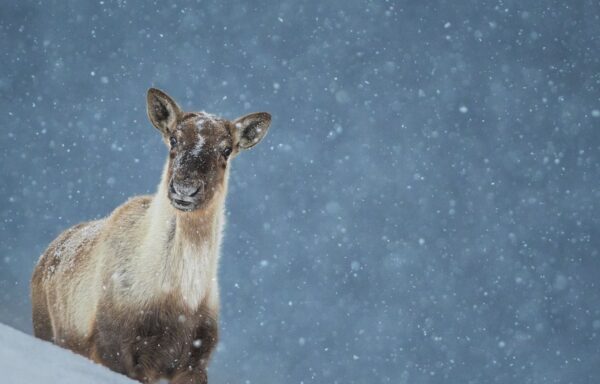 Concerning the George River caribou herd, it has been in decline for 25 years.

As for the Leaf River herd, it has been in decline for the last 15 years. It was estimated at 600,000 individuals in the early 2000s and about 209,000 in November 2017. The cause of the decline of migratory caribou in Québec is not yet clearly identified.

Mountain caribou frequent the mountain peaks for part of the year and their slopes for the rest of the year. There are two populations in Quebec: the Mont Torngat and Gaspésie populations. According to the Ministère des Forêts, de la Faune et des Parcs, in the early 1950s, the Gaspésie caribou population numbered between 700 and 1,500 individuals. During the 1980s, it was about 250 animals. In October 2018, at the time of the last inventory, the population was estimated at about 70 caribou. In Quebec, it is considered threatened, since 2009, under the Loi sur les espèces menacées ou vulnérables (Act Respecting Threatened or Vulnerable Species). Logging, which causes habitat loss and alteration, is identified as the cause of the decline of these caribou.